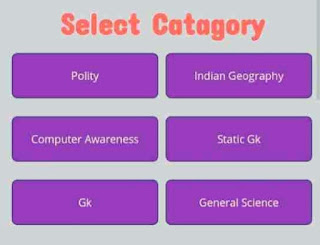 Quiz Developed By Kamlesh kumar
1.As per Asoka’s inscriptions, which among the following place was declared tax free and proclaimed only 1/8th part as taxable?

Ans: [ Lumbini ] At the 20th anniversary of his enthronement, Asoka announced Lumbini as tax-free and proclaimed only 1/8th part as taxable. Description of this fact i

Ans: [ Hala ] Gathasaptashati is composed by Savahana king Hala. It is a collection of poems in Maharashtri Prakrit. The theme of most of the poems is based on love

3. In the Junagarh inscription, which among the following Saka ruler achievements are highlighted?

Ans:[ Rudraraman ] The military achievements, territories and many personal qualities of Rudraraman are highlighted in the famous Junagadh inscription, written in 150 AD

4.Who among the following laid down for punishment for a person becoming mendicant without making adequate provision for dependent wife and children?

Ans: [ Kautilya ] Chanakya : He is also known by Vishnugupta, Kautilya,was born around 350 BC and is known for his being the chief architect of Mauryan Empire and writi

5.Which one is the longest epic of the world?

Ans: [ Mahabharata ] The Mahabharata by Ved vyas is the longest epic of the world consists of 1,00,000 shlokas.

6.According to Buddhist traditions, who was Charioteer of Buddha?

Ans: [ Channa ] Channa was the name of Charioteer of Gautam Buddha.

Ans:[ Mahakassapa ] The First Buddhist Council was held at Saptaparni cave near Rajagriha in 72 AD, during the reign of Emperor Ajatsatru. It was held under the President

8.Vallabhi era is identical with which of the following era?

9.For which among the following offenses, Manu recommended higher punishment to Brahamans than the persons of other varnas?

Ans: [ Theft ] According to Manu, a Brahamana was to be awarded higher punishment than the persons of other varnas for the offence of Theft.

Which among conclusions has been derived from the debasement of the coins and gradual disappearance of gold coins during the post-Gupta period?

Ans: [ There was a decline in trade ] Debasement of the coins and gradual disappearance of gold coins during the post-Gupta period indicates the Decline of Trade.

this quiz is under construction so stay with me Web Dev Quiz Web Development Quiz Are you a coding lover? Let’s check your knowledge by taking this Quiz App. It’s time to prove your programming skills. Continue Welcome to the Web Development Quiz! Please select your answer and click submit Start Quiz 1/10 00:01 Continue…